I was one of three co-founders of Zapier. If you're unfamiliar with the origin story, we got started out of a Startup Weekend in Columbia, Mo. in 2011.

The prompt for this talk was to describe “what you learned building Zapier”. The most obvious thing I could share is tactical advice or early anecdotes. Things like how we got our first dozen customers to pay us before we really had a product or how we almost missed our acceptance call into Y Combinator.

And to be clear, I'm still leaning a ton through today. Startups are very much “trial-by-fire” as a first-time founder.

But the more I thought about that talk prompt, I realized the biggest thing I learned actually began way, way earlier. It's a lesson that applies equally to launching Zapier as to endeavors which lie beyond.

Growing up I've was always into tech and I loved building things (I originally wanted to be an architect when I thought that's what they did).

I learned how to build websites after borrowing a friend's “Learn HTML in 24 Hours” book. My goal was to build an AOL Instant Messenger profile for myself, which conveniently, could render actual HTML.

Later I learned how to code “hardcore” by picking up assembly language. I did this so I could write TI-83+ calculator games and play them during class (much to the dismay to my teachers growing up).

Towards the end of high school though, it was time to pick a major. Computer Science was the obvious shoe-in. But I didn't want to do it! I feared that I would burn out and not have time/energy for side projects.

So I decided instead to do Mechanical Engineering instead – also maybe not the best choice considering my goal outlined above but at least I wouldn't be coding 24/7 for school.

Facebook was just taking off during my freshman year of college. They launched their original developer platform that fall and I was instantly hooked.

I spent a good chunk of free time building apps. Like this one that you could use to request phone numbers from your fiends. 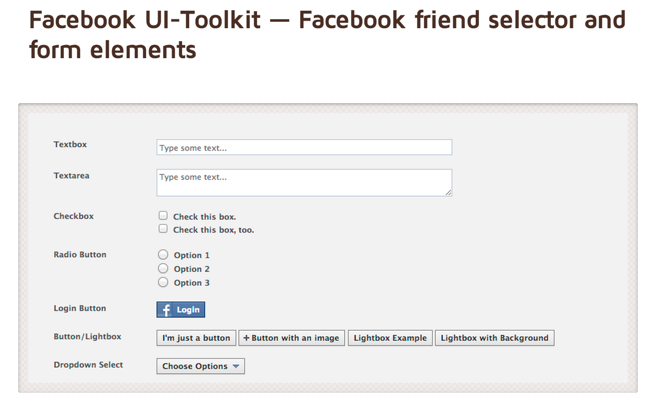 Or this one which was a developer toolkit, making it easy to embed Facebook-style form elements. 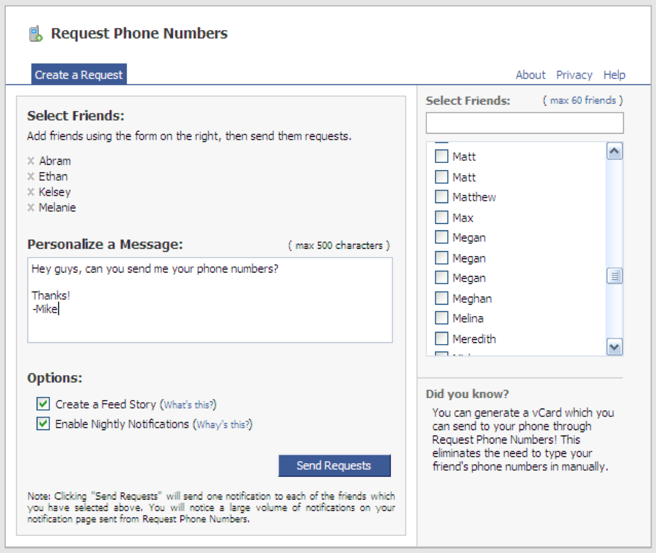 Or even my last solo Facebook endeavor, a monitoring tool for the Facebook Platform, which peaked at a grand total of 1 paying user. 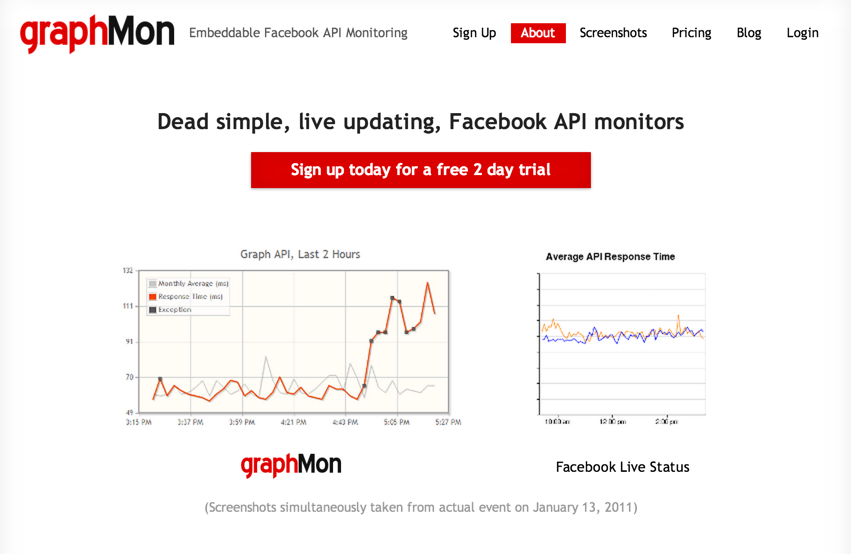 You can probably guess: my ROI wasn't too great. But I was very active in the Facebook developer community and made a name for myself. Facebook reached out and asked if I'd like to become a community moderator. I have to imagine this was because of my community participation and not because they looked at any of my app analytics.

This moderator gig led me to write developer columns for Inside Facebook and in combination, these two things generally kept my around the platform much longer than I otherwise should have.

It did turn out to be useful though.

I was applying for summer engineering internships after my Junior year of college. I applied about two dozen engineering firms in Missouri as well as a few web development gigs.

Of all resume's I sent out I only heard back from one place, Veterans United, a VA loan lender based in Columbia Mo. I learned they wanted to build an app for military personnel to reconnect inside of Facebook. 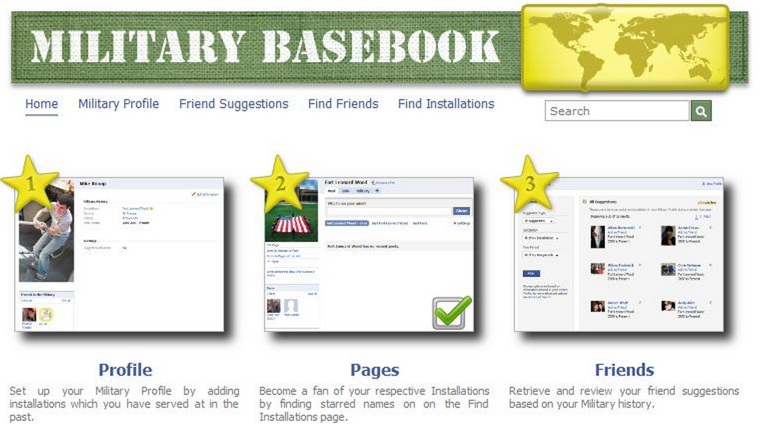 I worked on Military Basebook for about a year. It peaked around 20,000 monthly active users but ultimately wasn't sticky enough. Around this time I learned a few things:

Even today the most successful apps on Facebook are games. Users on Facebook just aren't in mindset to seek out utilities.

2. I didn't want to do the traditional engineering career

Although the sentiment had been brewing for a while, that summer was a turning point where I actively decided I would focus on side projects post college instead of seeking a full time job. I was going to keep throwing stuff at the wall and see if something stuck.

I began my mechanical engineering masters program (which I ended up dropping out of) as part of this strategy. I was able to secure a 2-year grant which paid for school living expenses. This left me with a lot of free time for my side projects.

Around the middle of my junior year I discovered Hacker News. If you're unfamiliar, it is a lot like Reddit (HN actually came first) where stories and articles are upvoted to the frontpage. Usually people post about programming and startups.

One convention on Hacker News is called “Show HN” which is a way for people to show off their side projects and solicit feedback.

One “Show HN” caught my eye by a user called phpnode (thank you phpnode!). He launched a side project called Hackernewsers which was a map of users who used Hacker News.

The idea was simple. You submit your username, real name, and location and you get access to a map where you can see others who've done the same. I checked out Columbia Mo. and I saw something interesting – there was someone else in the area! It turns out that other person was this guy:

I remember clicking through all the information I could find online about him. I found his personal blog, some of his side projects, and even his YouTube channel. But the most important thing I learned was that he worked at same company I did, Veterans United.

That was enough of a connection for me so I got in touch over Facebook. We met up several times that year for beers and wanted to work on something together.

Mizzou, the university I attended in Columbia, sent out a weekly email with things happening on campus and in the area. I usually auto-archived these. I must have been pretty bored the day I opened this one, but I'm glad I did. I found an enticing headline “Startup Weekend is Coming to Columbia”.

I had never heard of Startup Weekend but I knew I liked building things, I knew I liked startups, so maybe this is something I wanted to be a part of. I then discovered tickets cost $50 and was a bit turned off.

Maybe if I could find someone else going, it would be worth the money. So I messaged Bryan and he said he was going! I bought tickets later that night, and that's how I wound up at Columbia Missouri's first ever Startup Weekend.

At Startup Weekend I formally met Wade Foster who also happened to work at Veterans United. We got together and worked on the project that Bryan originally pitched as “API Mixer”. The idea was simple: make a tool that enables anyone (marketers, sales, HR, developers) to connect together two web services they use.

In true startup fashion we took to the back garage and got to work. The story of Zapier is still being written today.

When I look back on the decisions that lead me to Startup Weekend I am amazed how many times the proverbial train of life could have been derailed.

In reminds me a lot of the game Plinko on The Price is Right. The one where the contestant drops the puck down a pegged board and it randomly makes it's way down to one of the buckets at the bottom with the winning bucket in the middle. 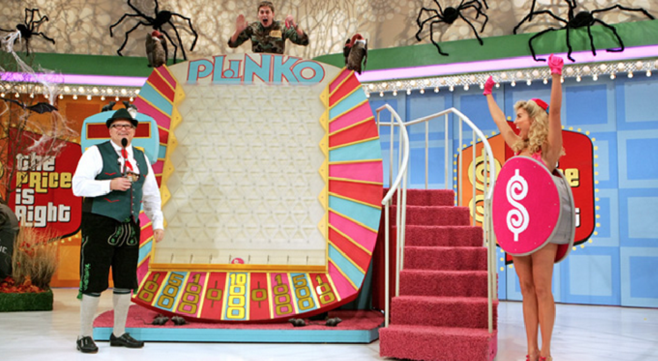 The funny thing about plinko is, if you run sufficiently many trials, the middle bucket is actually the easiest to hit! The outcome follows a normal distribution. 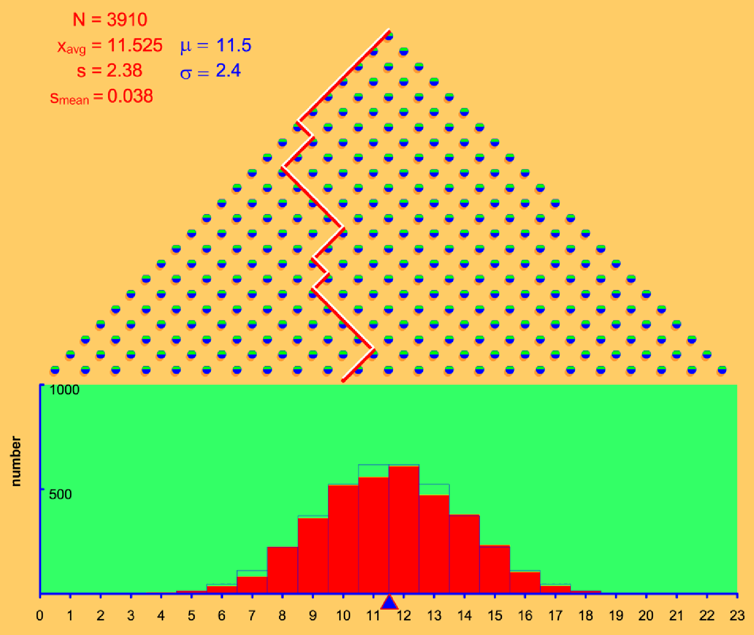 The take away here is if you go through life making random decisions, statistically, you'll wind up in the middle. While in Plinko the middle is the best, in reality, the really exciting stuff happens at the edges of the board. That's where Zapier happened. And to get there you've got to purposely push yourself towards the outsides.

Although I didn't realize it at the time, there was a guiding principle for all my decisions. I was always putting myself out there, in uncomfortable, new situations that challenged my own status quo.

That's the road to the outside of the Plinko board. And that's the biggest thing I learned by creating Zapier.